It’s just a day.  New Year’s Eve…Like a birthday, it only has meaning that we humans assign to it.  I just turned 54 a couple of weeks ago, and that didn’t seem old at all until my mom told me this weekend that she was 57 when she and my dad began their retirement.  And I remember that she was OLD when that happened.  So, I guess I like being old.  I KNOW I like being old. I have time to sit and think and ponder and breathe and wonder and love.  Which brings me to the point of this post.  My word of the year.

It is stillness.  STILLNESS.

Last year’s word was adventure.  After a year of adventure, one appreciates some stillness.

Facebook friends add much to my life, and it is on Facebook that I learned about Word of the Year.  From a “friend” named Molly, who I do not know in any way know outside of Facebook – it was just some little twist that occurred because we had the same name.  I can’t remember the details and am not in the mood to make them up.  I have met flesh and bone friends in similar ways.

I like words.  So much so that the Online Etymology Dictionary was the first bookmark on my iPad.  So I was immediately attracted to the idea of Word or the Year.  It’s something of an alternative to the dreaded New Year’s Resolutions.  Which are useful only as a boost to the revenues of 24-hour Fitness, Weight Watchers,  Nicorette gum and Kale farmers.  Word of the Year works like this.   Before the end of December, you begin to ponder your word.  You do not try, or struggle or effort.  You allow the word to find you.  After it finds you, it is recommended that you learn more about your word, including the origins.  Personally, I start the process by reflecting on the current word.  Oh, yeah, post your word on Facebook or somewhere else to help you remember it, if you are old like me.  At some point around March, I usually forget my word, but by then it doesn’t matter because it’s become part of my thinking

Adventure – I remember choosing it because I wanted to allow myself to experience newly.  And I did.  Beginning 2014 with the experience of the Landmark Forum, I created possibilities and enrolled others.  My adventures have been close to home – more adventures of the spirit than of activity.  The result has been confidence and courage that was previously hidden.  And a willingness to feel deeper connection to others.

I considered other words.  Stillness came out on top – and here’s why.  In my research, I found out that the phrase “still, small voice” is from the Bible.  Yeah, I’m sure most of you already knew that.  It is from Kings.  It talks about the lord being not in the mighty wind, or the fierce fire, or the earthquake – but in a still small voice.  And I will spend time in 2015 listening to that still, small voice.  It comes from stillness.  Not necessarily of body, or even mind, but stillness of spirit.  Holding a place where intuition can sneak in around, over or through the noise.  Ahhhhh.

I will let you know how it’s going. 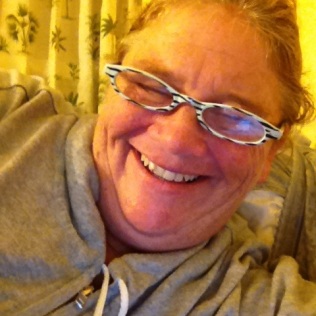 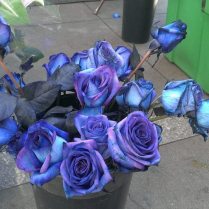 I was always photogenic

And I’m still that cute!